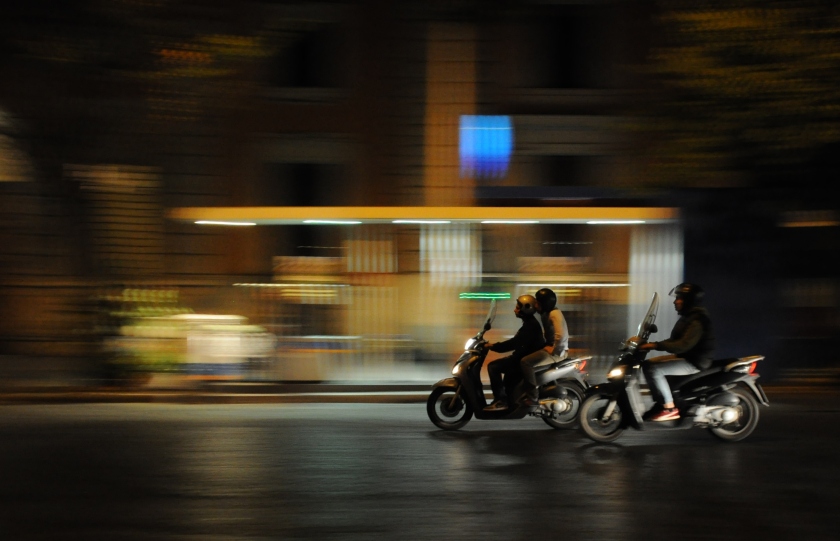 My digital alarm clock would shake me awake at 5:15 a.m. After getting dressed and ready, I’d eat cereal in silence before hopping on my red Honda Spree. I would turn left, right, left, and right, buzzing now down Leonard Street.

The headlight on my Spree was dim. It flickered and bumped with the road. The intensity of the light followed the engine revs. At fifteen years old, I drove a moped to work because the government said I could. Moped licenses still exist in case you need one.

I drove separately and punched the clock with the rest of the shop guys. Yeah, one of the guys, right? We pretended that I wasn’t driving in from a nicer home in a safer neighborhood and that my mom didn’t park up front.

Michigan summer mornings are cool. The roads are mostly empty at 5:45 a.m. The independence, wind, and solitude prepared me for a hot work day. I remember what it felt like to coast down the hill. I’d turn down Tamarack or Alpine to sneak over to Richmond, weaving my way to the industrial park. Jack lived on the corner.

In 2001, Leonard Street NW was not a center of gentrification. It was a has been. Consider the context. RiverTown Crossings mall was the happening spot. Sunshine Church was shining in its own way. Arnie’s Bakery, bars, and an adult bookstore all merge together in my memory. The urban core was abandoned by our parents, which is a factual statement devoid of moral judgment. Things change.

I can’t forget the churches: West Leonard CRC on the left and Seventh Reformed Church on the right. Seventh is old RCA. A government flag stands in the corner of the sanctuary.

I once watched the movie Hardcore by Calvin grad Paul Schrader. You can see West Leonard CRC in the movie, but it would be a waste of your time to do that. The movie itself will make you sick. Schrader, of course, is an eccentric fellow who holds the conventional view that religious people are backward. Schrader’s parents avoided movies to protect their consciences from depraved and frivolous art. Ironically, many of the son’s movies are proof of the parents’ wisdom.

There was also a car wash, dry cleaners, and Little Caesar’s Pizza on the hill. I would pass those places on my descent. When we were lucky, mom would stop at McDonald’s on her way down the hill, and we would eat Egg McMuffins at first break.

I hated the sound of my digital alarm and the rigidity of factory work. But I fondly remember the moped rides: the cool breezes, faint lights, Leonard Street hill, and a commute that was too damn short.